Hello my name is Jasmine Shabazz and i started working out with Coach Shabazz last summer to prep for the previous basketball season. I gained confidence in myself and my abilities through the series of trainings. I had more endurance, I was stronger, and my jumping ability was improving. I can honestly say that I am satisfied with the results i received over the summer and will be going down there this summer to accomplish the biggest goal of my basketball career.

The speed and agility training class has helped me in several ways so far. Firstly, every single move that I make in any direction is quicker. Secondly, my legs are increasingly getting stronger every day. Thirdly, my vertical jump has increased a bit. I’m looking forward to every single class because I’m a big fan of improvement.
Thanks Coach.

My name is Brandon Lewis. I am an All-District All-State Defensive End who is now on the road to graduating from Ridgeway High. On February 4, 2012 I am pleased to say that I signed a four year scholarship to play football at the University of Arkansas. Coach Shabazz has helped me tremendously since I’ve first started working with him. When I first started working with him I was barely lifting 225 now I am up to 315 in my max. He has also helped me cut down my forty from a 4.9 to a 4.7. This last month has been I success working with Coach Shabazz and I highly recommend him to all athletes. He has also helped me in life by instilling in me to exceed expectations in everything that I do on and off the field.

My name is Cordale Boyd. I am an All-District All-State All-Madden Offensive Tackle from Ridgeway High School on my way to The University of Arkansas. I could have not met a better trainer or person than Coach Shabazz. Working out for only three weeks I have not only become a better athlete but a better person. My weight has jumped from 288 to 316. My bench max has gone from 315 to 480 in THREE MONTHS!! My squat Max has gone from 450 to 625 in THREE MONTHS. I have become more explosive with the speed and agility training and more humble then ever, simply because the athletes I work out with are so hungry and want it so badly. I believe that Coach Shabazz was sent by God to me, and together we are unstoppable. WHO ARE WE!!!! TEAM SHABAZZ!!!

I was 15 year old sophomore standing at 6’2 and weighing in at 180. My passion for years has been basketball. During my freshman year on my school’s senior varsity, I was the only freshman to make the all-league first team. I received many awards during the season and was selected as an all-star for numerous tournaments. I was averaging almost 16 points a game. This was indeed a success but was no where near what I really wanted to achieve.
I started training with Coach Raheem Shabazz in September after an injury-plagued summer. My vertical was lacking, I gained weight and I was nowhere near as quick as I was at the end of my freshman season. After just two sessions of training with Coach Shabazz I realized what he could do for me and how great of a player I could become if I trained with him. I always dreamed of being able to dunk. Athleticism doesn’t really run in my genes but I was determined to make it happen; moreover Raheem promised me if I continued to work I could reach my goals.
Sure enough, coach Shabazz was right. Within two month my vertical increased five inches and I was finally able to throw down. Coach Shabazz’s techniques help me become so much more athletic than I already was. He took me from the bottoms of the ladder and drove me to the top. Most of all coach Shabazz taught me how to smash the standard. No matter what, you can always be better, never settle. This is some of the best advice I’ve ever been given. It has aided me on and off the court.
Now, I’m 6’2 1/2 , I weigh in at 192, my vertical is 6 inches higher, my explosiveness and agility have improved dramatically, and I’m in the best shape of my life. This season has been an amazing success! I feel energized every game and my overall athleticism is through the roof in comparison to freshman year. I attribute so much of this success to Raheem Shabazz. Thank you so much coach.

I joined team team Shabazz the middle of February, and I’ve had a dramatic change in my physical presence. We have been putting on muscle as well as speed and agility . I’m a tall guard so it’s important to build speed and agility as well as just the physical strength needed to play professional basketball. I’ve only been working for about a month and I can honestly say this is the hardest I have ever trained. With the quickest turnaround and results. As hard as we work there is alot of unity within the team , which makes its easy to come and work hard. It’s a great environment and everyone has goals, which will be met.

I started with Raheem last summer. I started conditioning with my football team in the fall and I was amazed at how well it went. As a 7th grader at my school, you normally only get to start in 1 position, by the 3rd game I was playing all sides of the ball. My basketball season went well also. This was the 1st year that I got All-Tournament team. I am now in track and doing great! Last spring I was only elected to through discus. This year I am throwing discus and I was also chosen to run in the 4-by-100 relay and 4-by-200 relay teams. I have now placed high enough that I am throwing discus in the regional tournament. Also, both of my relay teams are going to the regional tournament.

My name is Brandon Lewis. I am an All-DistrictAll-State Defensive End who is now on the road to graduating from Ridgeway High. OnFebruary 4, 2012 I am pleased to say that I signed a four year scholarship to play football at the University of Arkansas. Coach Shabazz has helped me tremendously since I’ve first started working with him. When I first started working with him I was barely lifting 225 now I am up to 315 in my max. He has also helped me cut down my forty from a 4.9 to a 4.7. This last month has been I success working with Coach Shabazzand I highly recommend him to all athletes. He has also helped me in life by instilling in me to exceed expectations in everything that I do on and off the field.

Since joining the “Shabazz” Team at Lausanne, I’ve learned what it means to be a TEAM! It doesn’t matter of you are in a group with your best friend, boy,girl, or even playing the same sport, you are a TEAM working together, pushing each other, and Coach Shabazz certainly does PUSH you to do your best everyday, all day, as hard as you can. Since joining the team, Ive gotten noticeably bigger and much faster, which are essential in my sport! I recently made the “Team Headstrong Lacrosse Club” and was invited to a Lacrosse Showcase called the ” Southern Combat Tournament”!! THANKS COACH SHABAZZ!!

I started playing soccer when I was 3 and competitive when I was 8. I was never the fastest on the field, but I started working with Coach Shabazz during the summer for varsity soccer conditioning to work on speed and agility. I recently had a soccer tournament and many of my peers, my coach, and even some college coaches recognized my improved speed. I believe my speed also helped my soccer skills improve as well; with quicker feet , I’m able to move faster with the ball execute my footwork better. This proved the hard work I put in with Coach Shabazz really helped. Although sometimes I was doubtful in myself, he provided encouragement and helped me continue to improve. Now I know, if I keep attending Coach’s sessions, I will only get better, faster, and stronger.

Training with Team Shabazz helped me in so many ways. I’ve became so precise on the court and track field. My technique has improved and gotten better and need I say I’m so proud of myself for that. Team Shabazz has inspired me to have the right sense of urgency when I’m pushing myself on the track field and basketball court. I’m glad to say I’m apart of a wonderful team who accepts me as family. 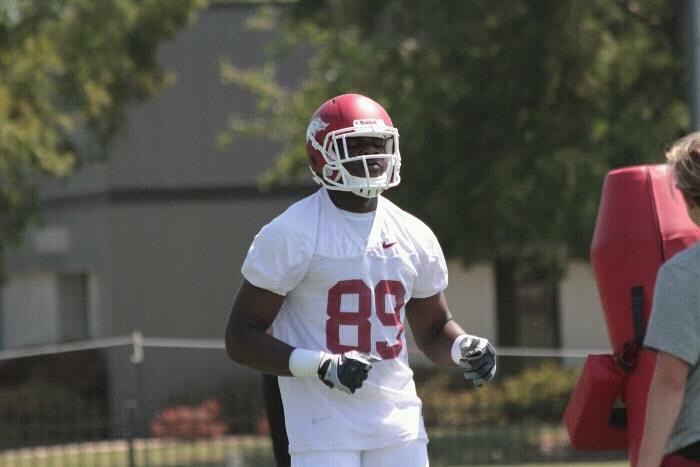 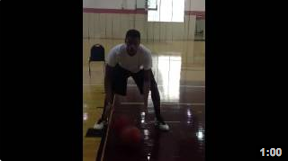